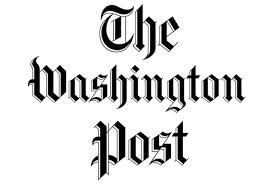 … That grim yet undeniably fascinating last act of Fitzgerald’s life is the subject of Stewart O’Nan’s gorgeous new novel, “West of Sunset.” As he has demonstrated in “Last Night at the Lobster” and “Emily, Alone,” O’Nan is a writer alert to the courage and beauty inherent in the stories of people who simply have to keep on keeping on. What interests him about Fitzgerald’s exile in Hollywood is not so much the glitter (although Humphrey Bogart, Marlene Dietrich and other stars make appearances), nor his love affair with gossip columnist Sheilah Graham (whose blond good looks evoked the young Zelda), but rather Fitzgerald’s anxious commitment to his work as a screenwriter. Most of the movies Fitzgerald was assigned to were dreck (although there was a short stint on “Gone with the Wind”). Nevertheless, sitting down every day in his office or the various furnished cottages and apartments he rented in and around Hollywood, Fitzgerald fueled himself with cigarettes and Cokes (or, frequently, something more potent) as he labored to make flimsy scripts better. Fitzgerald was always a worrier, relentlessly tinkering with “The Great Gatsby” and “Tender Is the Night,” even after the publication of those novels. It’s that F. Scott Fitzgerald — the worn-out yet relentless craftsman — whom O’Nan compassionately evokes in “West of Sunset.”