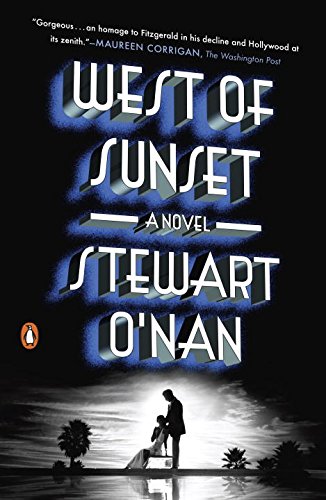 Amazon’s Best Books of the Month for January 2015

An Indie Next Pick for January 2015

In 1937, F. Scott Fitzgerald was a troubled, uncertain man whose literary success was long over. In poor health, with his wife consigned to a mental asylum and his finances in ruins, he struggled to make a new start as a screenwriter in Hollywood. By December 1940, he would be dead of a heart  attack.

Those last three years of Fitzgerald’s life, often obscured by the legend of his earlier Jazz Age glamour, are the focus of Stewart O’Nan’s gorgeously and gracefully written novel. With flashbacks to key moments from Fitzgerald’s past, the story follows him as he arrives on the MGM lot, falls in love with brassy gossip columnist Sheilah Graham, begins work on The Last Tycoon, and tries to maintain a semblance of family life with the absent Zelda and daughter, Scottie.

Fitzgerald’s orbit of literary fame and the Golden Age of Hollywood is brought vividly to life through the novel’s romantic cast of characters, from Dorothy Parker and Ernest Hemingway to Humphrey Bogart. A sympathetic and deeply personal portrait of a flawed man who never gave up in the end, even as his every wish and hope seemed thwarted, West of Sunset confirms O’Nan as “possibly our best working novelist” (Salon).

Praise for West of Sunset

“The Fitzgerald O’Nan gives us feels like the Fitzgerald of my dreams; in this way the book rises up to enfold the reader, it enfolded this reader naturally and exquisitely.”
—Elizabeth Strout

“West of Sunset is a rich, sometimes heartbreaking journey through the disintegration of an American legend. O’Nan captures the fire and frailty of F. Scott Fitzgerald with an understated grace that would have made Fitzgerald himself stand up and applaud.”
—Dennis Lehane

“An achingly nuanced love story and one of the best biographical novels to come along in years.  O’Nan’s great achievement here is in so convincingly inhabiting the character of Scott Fitzgerald and of the people surrounding him during his descent into the clarifying depths of 1930s Hollywood.”
—T.C. Boyle

“O’Nan is an incredibly versatile and charming writer. This novel, which imagines F. Scott Fitzgerald’s troubled time in Hollywood (with cameos by Dorothy Parker, Bogie, and Hemingway), takes up (like much of O’Nan’s work) that essential conundrum of grace struggling with paucity. One brilliant American writer meditating on another–what’s not to love?”
—George Saunders

“I’ll direct my enthusiasm for West of Sunset to writers who revere Fitzgerald’s short story ‘Babylon Revisited.’ Stewart O’Nan captures Fitzgerald’s mood of spiritual reflection, without trying to imitate Fitzgerald’s voice. This book is an inoculation against self-pity. It’s not a mock Fitzgerald novel, but an original portrait of a writer struggling to keep his dignity while trying to make a living. It’s one of the best books I’ve read in years and it deserves a cheering crowd.”
—Michael Tolkin 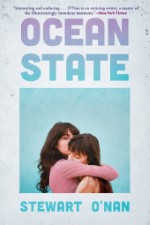