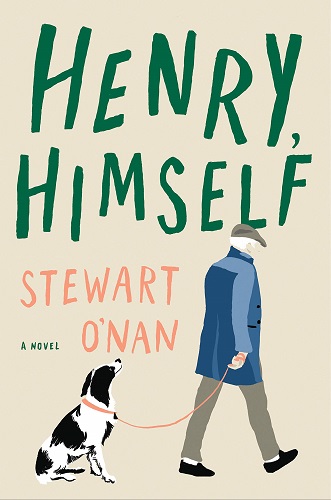 The husband and father whose death haunted two previous novels about the Maxwell family (Wish You Were Here, 2002; Emily, Alone, 2011) speaks for himself in this moving third installment. The prolific and protean O’Nan (City of Secrets, 2016, etc.) has ranged with aplomb over many genres and locales, but his heart is most evidently engaged in the novels set in his native Pittsburgh. The city has been home to Henry Maxwell’s family for generations, but his neighborhood is changing; there are supermarkets he doesn’t like wife Emily shopping in alone, and the couple is shaken by reports of an assault-rifle attack on a nearby backyard party. The traditions that sustain and nourish Henry—weekly churchgoing, holiday charitable giving, the annual spring flower show, summers at their cottage by the lake in Chautauqua—seem to be cherished only by a dwindling band of elderly folks like himself. As the novel progresses through the year 1998, O’Nan poignantly captures Henry’s sense of loss and diminishment—he is 74 and overweight with bad cholesterol—while tenderly evoking his enduring love for prickly Emily, his devotion to their two children and four grandchildren, and the pleasure this retired engineer takes in puttering in the garage and tending to the house. Memories of his past are deftly interpolated to illuminate the childhood and wartime experiences that shaped a quiet, slightly distant man who dislikes conflict. Several flashbacks to World War II are particularly notable for the delicacy with which O’Nan unfolds the lasting impact of Henry’s combat experiences. As usual, this profoundly unpretentious writer employs lucid, no-frills prose to cogently convey complicated emotions and fraught family interactions. The novel makes no claims for Henry or his kin as exceptional people but instead celebrates the fullness and uniqueness of each ordinary human being. Astute and tender, rich in lovely images and revealing details—another wonderful piece of work from the immensely gifted O’Nan.

One thought on “Starred Review for Henry, Himself from Kirkus!”