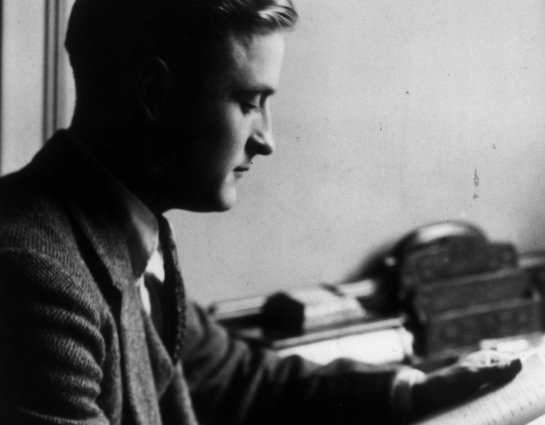 It’s Zelda Fitzgerald, whose mental breakdowns had taken her to an asylum in Asheville, N.C., who gives the novel depth and poignancy. The book begins with Fitzgerald visiting her on their 17th wedding anniversary, just before heading west. The woman he sees, in her late 30s, is hard to recognize as the Zelda of legend. She is “pinched and haggard, cronelike, her smile ruined by a broken tooth.” After moving to Hollywood, he pays several visits back East, each time noticing how Zelda has changed: She has gained weight, her hair has been dyed an unflattering brown, her frumpy clothes are hospital donations. He monitors her for signs. Is she stable or is she once again seeing the Archangel Michael? They pretend to each other and to themselves that they might actually live together again. O’Nan is most convincing when he conveys the heartbreaking guilt Fitzgerald feels about having left Zelda behind in so many ways.

‘West of Sunset’ is a Fitzgerald tale

Sophisticated, witty remarks and entertaining anecdotes are always welcome, but O’Nan’s real achievement in “West of Sunset” is not the story, exactly. O’Nan gives us, convincingly, Fitzgerald’s state of mind: his remorse over past foolishness, his determination to succeed at screenwriting, even though it did not come naturally to him, his desperate need to redeem himself as a fiction writer and to create for his life, in the theatrical sense, one more act.We see him absorbing, day after day, the feel, color, mood of studio life, the telling details for the Hollywood novel which was to launch his comeback. “The Last Tycoon” had as protagonist the bold, innovative producer Irving Thalberg, who had died in 1936 at 37 years old and whom Fitzgerald admired hugely.

If he could just get it finished, Scott believed, “The Last Tycoon” would be his masterpiece.

It would have been, too!